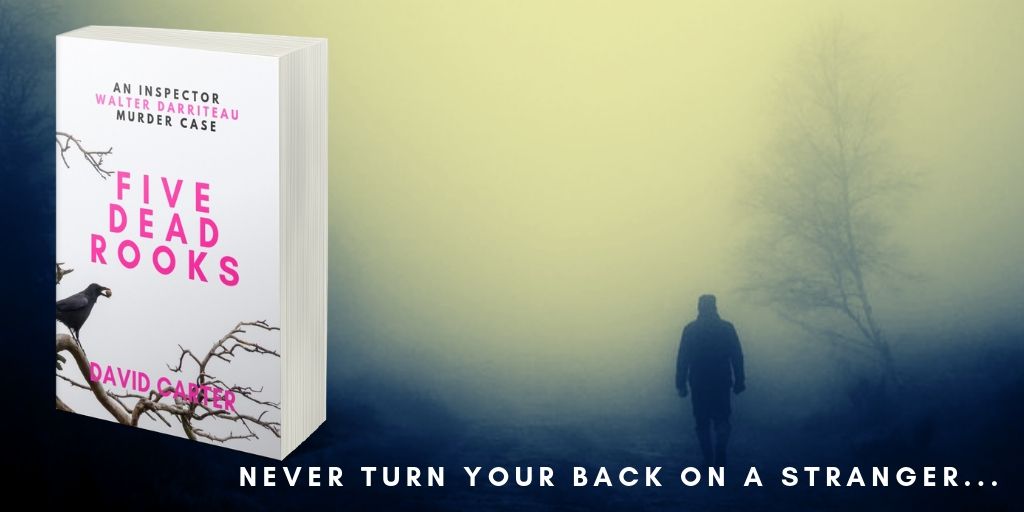 A calculating killer, a laid back policeman, and a frantic phone call mark the beginning of the "Five Dead Rooks" mystery, Inspector Walter Darriteau’s seventh case, and unquestionably his most difficult to date.

Bilk Thomas runs a Chester city centre nightclub, catering for the more mature drinker and dancer. Why not? They have the money and they have the time, and when time’s pressing people occasionally make rash decisions.  It’s the wee small hours of Wednesday morning, the quietest day of the week, and Bilk is keen to count the money, lock up, and get home to his big and pleasant house in suburbia.

He’s only been in a matter of minutes when the doorbell rings. Who the heck comes ringing doorbells at coming up 2am? Bilk goes to the door and sees a man he does not recognise.

After some discussion, he lets him in. Would you let a stranger into your home at 2am? Not many would. But Bilk Thomas did, and maybe that was a big mistake… 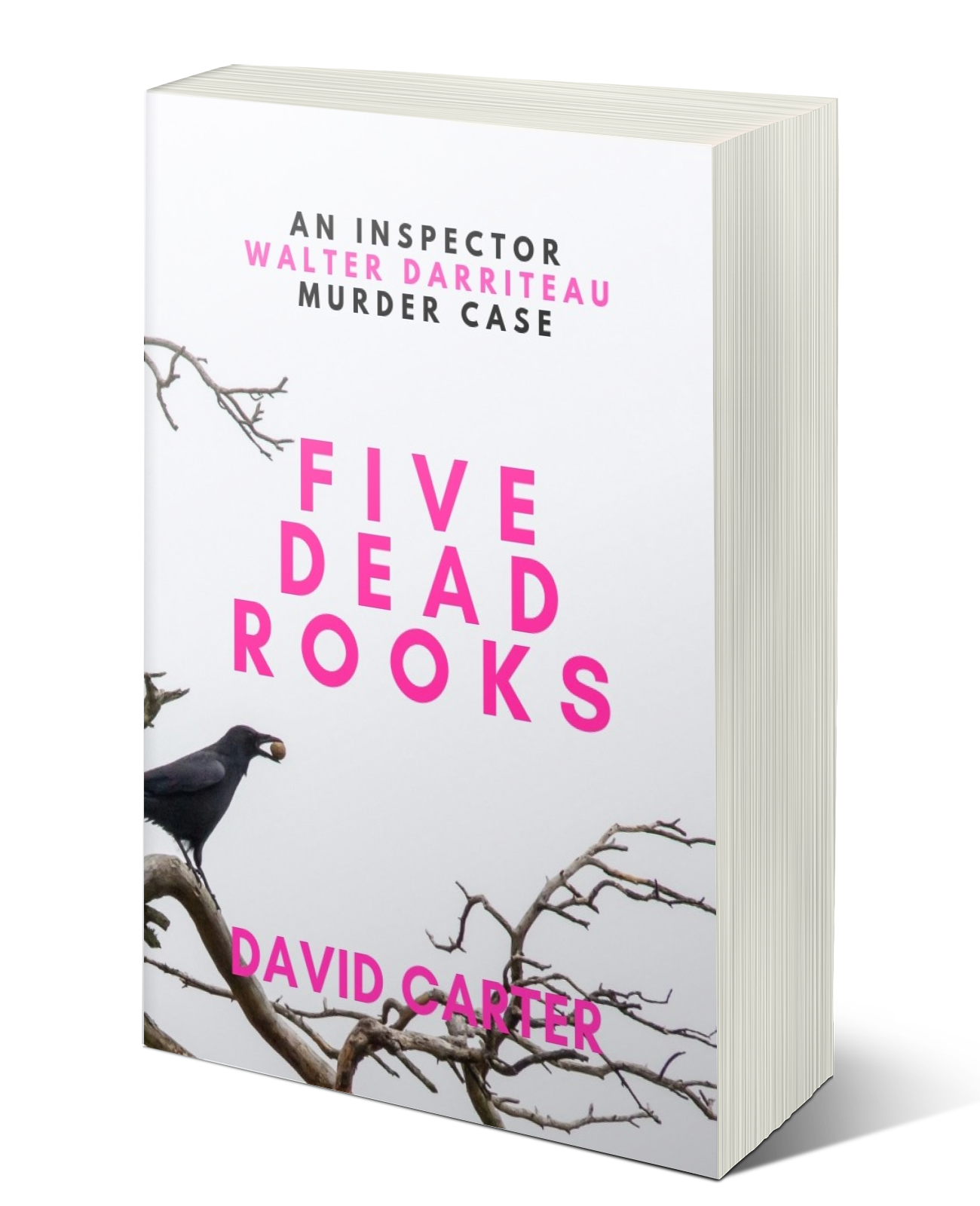 NEVER TURN YOUR BACK ON A STRANGER!

Superintendent Ray Lookman stood in the hallway and admired himself in the long mirror. Tall, handsome, clean-cut, a man with a purpose, a man looked up to by his colleagues and friends. How impressed his mother would have been, but that couldn’t be helped. She was long gone, and still as much missed as ever.

He stole one last look before turning away to the small hall table where he always left his ID. Picked it up and slipped it into his inside jacket pocket. Pulled open the single drawer and grabbed the small but heavy cosh he never went without, and slid it into his deep right trouser pocket.

He could handle himself well enough, but there had been occasions when a little extra punch power had proven necessary. The cosh was now his best friend. It may not have been regulation police issue; nothing could have been further from the truth, for he’d bought it in an unregulated and unlawful gun shop in Thailand during one of his regular visits to that amazing country. He had taken the risk of smuggling it back into the UK, something that he later marvelled at, his own ingenuity and daring, though why he should be surprised at that he could not imagine, for he had always possessed those qualities in abundance. Breaking the law by a law enforcement officer, who’d have thought it!

He adored working the night shift, always had, for there was something inherently exciting about it, and anyone could hide in the dark, even detectives out working, and especially when the moon was absent, and street lighting was reduced or out of action, something that happened far more often than it should have done, and more than any local politician would ever care to admit on camera.

He slipped on the grubby coat. That grubbiness did not worry him for his business was grubby, and occasionally he needed to fit in with his surroundings. The dog was getting excited. Thought he might be getting an additional late walk. He was to be disappointed. Ray Lookman zipped up the heavy brass zipper and collected the last piece of essential equipment, his heavy bunch of keys, for there would be no going anywhere without them. Still time for one last glance in the glass, a slight cold smile followed by an approving nod, patted the hound, and he was out of the flat and was on his way.

Outside, the temperature was dropping fast. He’d exited the block through the rear communal doors, the ones that overlooked the long bank of white–doored up and over garages, the kind that clanked and banged every time, no matter how much care the operator took in opening. He sniffed and felt the cold air on his throat, walked briskly over to the garages to number 14, predictably the same number as his apartment. He paused and glanced back over his shoulder, and across towards the red brick flat-faced rectangular block that glowered and towered above him. 70s construction, never a doubt about that, wouldn’t last so long, but it would do… for now.

Half the lights in the block were on, and all the curtains and blinds were drawn, except one, Mrs Bradley’s, the nosey widower who lived in the flat directly above Ray. She came to the window, the groaning metallic garage door no doubt alerting her, must have woken her from her pre-bedtime doze, and over twelve feet she was as quick as a running rat. It was all he could do not to gesticulate at her, though he would not give her that satisfaction.

He went inside the darkened garage and beeped open the Mercedes 200 series saloon, not the latest model, and not the lowest of mileage either, but smart enough for all that. Ray liked it, thought it gave a man of his standing adequate kudos and charisma. He fired up the engine, backed out the garage, slipped it into forward gear, and sped away without giving her the satisfaction of glancing up.

The dash clock told him it was 22.20. He turned on the heating and radio. Easy listening music with occasional sports-news breaks and that was okay with Ray. He had an important appointment and was way too early, but that didn’t bother him for he liked to be early, and he liked driving around the ancient city of Chester at night too. He’d cruise around for more than an hour, noting various regular characters as he did so, hanging around where they shouldn’t. Young girls, and some not so young, loitering on street corners looking for business. Shadowy, maybe male figures, though by no means certain, all slim and hoodied up, lit ciggies on lips, recently bought mobiles jammed to the ears, whispering prices and places, and listening to orders and needs and begging requests, and complaints.

Such people would always be there if you knew where to look, as the rest of the world thought about settling down to sleep. They always had been in Ray Lookman’s time and probably always would. The Superintendent pulled a face and looked away and drove on, for he had bigger fish to fry than amateur whores and rookie dealers looking to cut a deal, literally, whilst trying to make a name for themselves in one of the most cutthroat and dangerous businesses there was on our bustling planet.

He stopped at an all night tea bar, bought a coffee and a slab of dark chocolate, and returned to the car and sat and snacked away, as he watched some late night drunks noisily pass by. There was even time for a short doze and by the time he switched back on, the digital clock had clicked over to 12.46. A new day, a Wednesday, and Ray had always had a certain fondness for Wednesdays, and why shouldn’t he? It was the day he was born, or at least his mother had insisted that to be the case, and indeed, years later when he had finally checked, it confirmed it too. Wednesday was also the day his father died, and that was another good cause for celebration, and other good things had occurred on Wednesdays, such as that first time with kinky Shirley Morrell, when they were both just sixteen, in her house in her bedroom on that narrow bed, when her parents were away at some swimming gala. My God; he would never forget that, or her. Yeah, good things happened to Ray Lookman on Wednesdays. Always had, and always would.

"FIVE DEAD ROOKS" can now be ordered on pre-order now. The book will be released on May 25th 2019. To order Your Copy Please Click Here 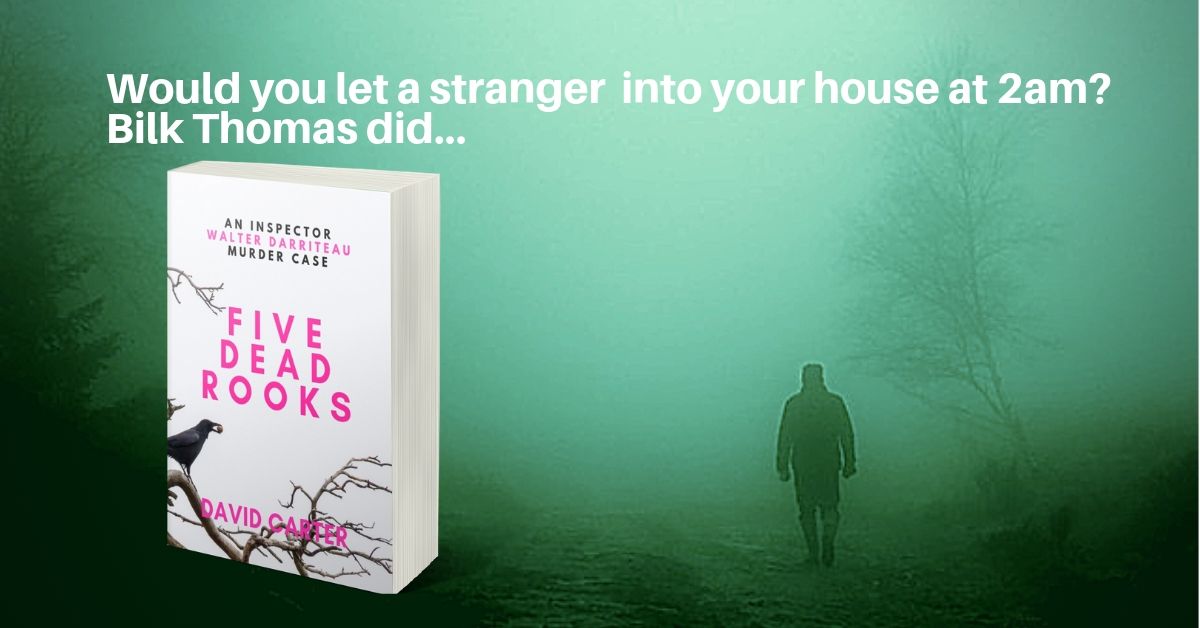 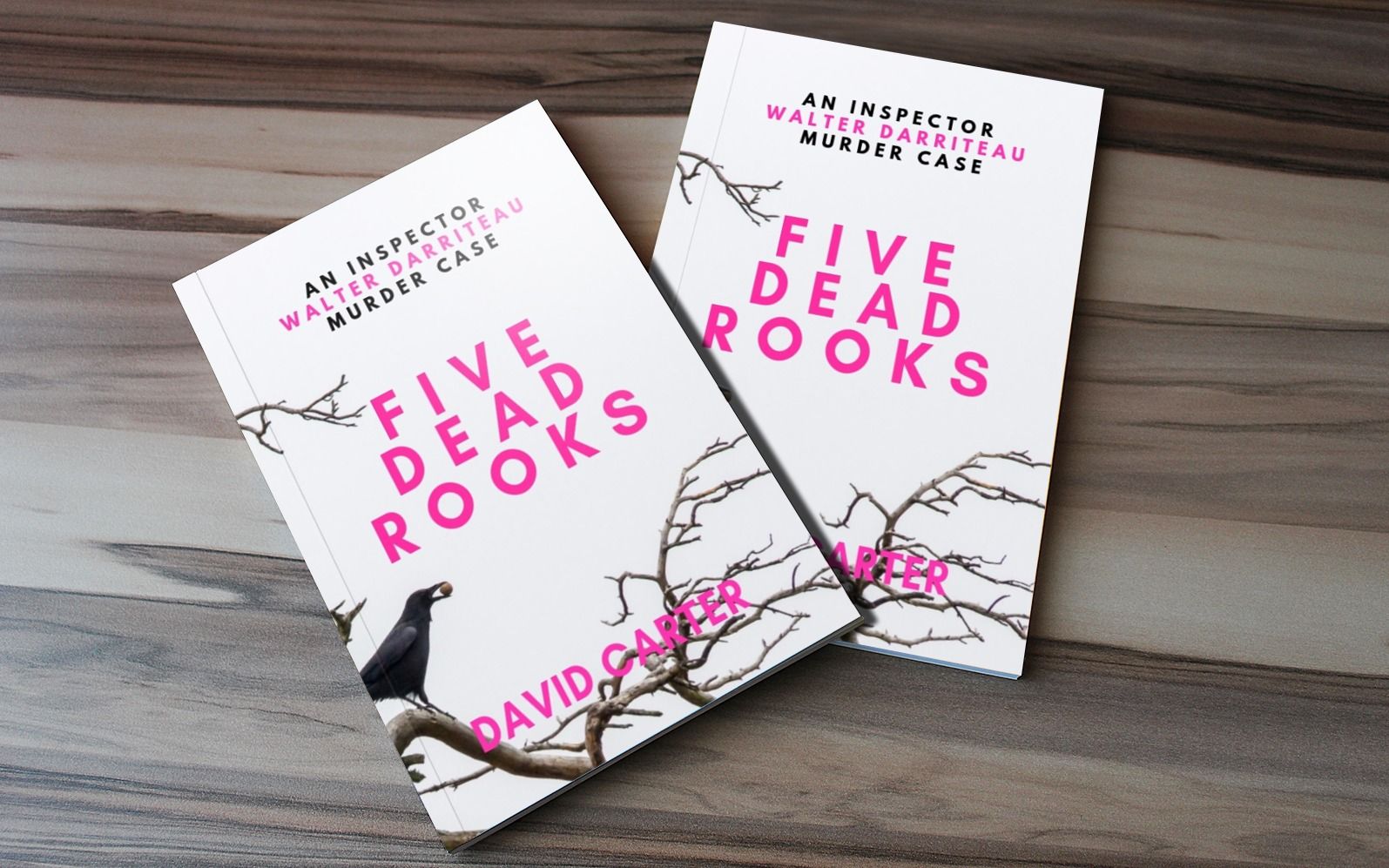