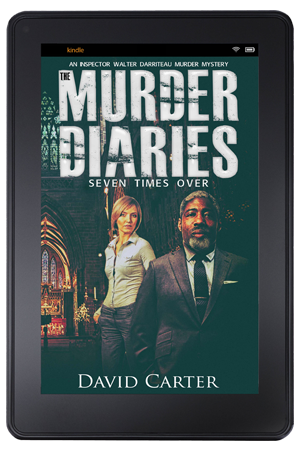 The first book in the Inspector Walter Darriteau series is on special offer for the next five days.

This book is the first in an eight book series that features the detective Inspector Walter Darriteau.

A man is run down and killed on the Chester ring road in the small hours of the morning. But is it an accident, suicide, or murder? Walter Darriteau is on the case. The dead man’s wife doesn’t seem that concerned about it. She’s more interested in the insurance policy that will pay off the mortgage. Where was she when the accident happened?

If you like English detective stories “The Murder Diaries – Seven Times Over” is the one for you. It’s a standalone novel in a series that includes “The Sound of Sirens”, “The Twelfth Apostle”, “Kissing a Killer”, “The Legal & the Illicit”, “Five Dead Rooks”, and the big new one “Old Cold Bones” that is released on August 27th 2020.

And for you Kindle Unlimited (KU) fans out there, all these books are now available in KU for the first time.

Thanks for reading, and if you pick up this bargain priced book, thanks a lot, I appreciate it,