This book is set exclusively in the time of the Great War, or the First World War as it became to be known. It follows the adventures of John and Greg in 1915, best pals, Canadians, who sign up and are shipped over to southern England, before their fateful transfer to the Western Front.

The United States is not yet in the war, that didn’t happen until April 1917, but there are a couple of Americans in there too, guys who came up from the south, presumably seeking adventure.

Almost the entire book, and it is a short one, is taken up with their day to day life in the trenches, the cold and rain, filthy conditions, appalling food, short and irregular leave, rats for company, and all the while the possibility of being shelled, bombed, gassed, overrun, and under attack from crack snipers.

It’s a harrowing story; hell on earth wouldn’t be far from the truth. Both of my grandfathers fought on the Western Front in the British Army and neither of them talked much of their experiences. It’s good to get a better idea of what those amazing guys went through.

I’d liked the book to have been longer, but if you are a military buff majoring on World War I then this is a must read. 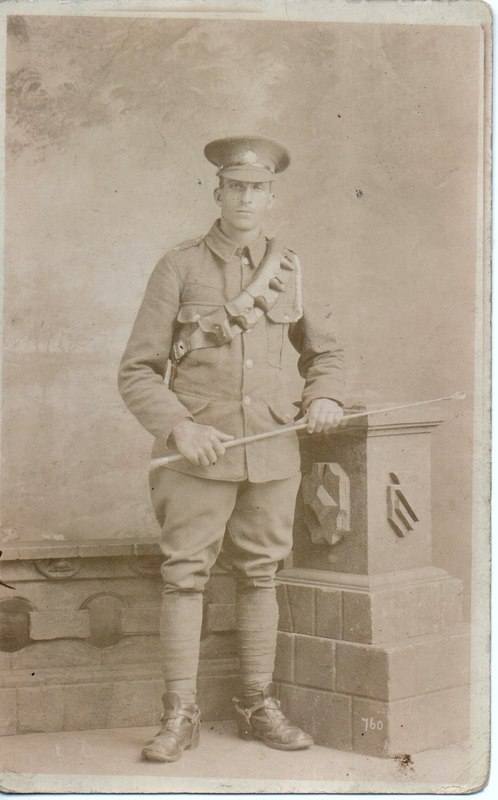 And this is granddad Carter in all his World War I finery. Not sure what year this was taken. I'd loved to have know what he was thinking. He was a horseman through and through. The family ran a business based on heavy horses who were all commandeered and shipped to France. Carter by name, Carter by nature. The family rumour is that we are still waiting for compensation! Or maybe it was just seen as "doing our bit".